Last week I visited my sister and her fiancee in Kitchener, a little over an hour outside of Toronto. There were some things I immediately noticed when traveling around, for instance that:
– Toronto doesn’t smell like urine or weed, which was strange to me
– The chip-and-pin system for credit cards is way better than our swipe system
– The American Dream is alive and well in Canada in a way that it is not in America. If I were counseling an immigrant trying to come to North America, I would honestly recommend they move to Canada over the U.S.
– Everything is clean, and so stuff like this happens: 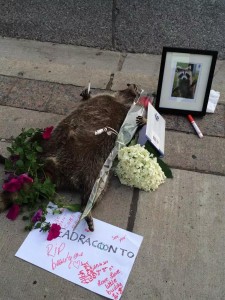 There was one thing which really blew my mind, though. We visited the beautiful Bruce Peninsula and took a ferry out to Flowerpot Island on Lake Huron. 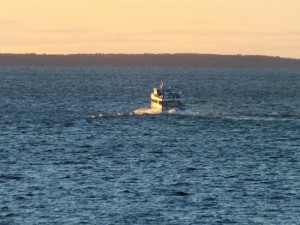 It had not really hit me how arid, how much of a desert California is, until I was on a boat with drinkable, clean, clear water stretching out past the horizon. So much water that you could get on a vessel which floats on the water and travel to the horizon multiple times before reaching the end of the lake. An ocean of drinkable water!

At the time, it reminded me of Dune. It felt to me like I was from Arrakis (the desert planet), and had just landed on Caladan (the home world of the Atreides). This thought was probably triggered by this post. It’s actually inspired me to reread Dune!

The thing is, I’m from a place (Massachusetts) with abundant water – looking back from California, I could hardly believe that as children we would have watergun fights and have little wars with hoses. Visiting Ontario reminded me that there are places which don’t have the water pressure that we do… at least not yet.