I was talking about how different drugs had come into and out of fashion over the years with someone, and in the conversation I stated that “younger people have been using fewer and fewer illegal (and legal) drugs over time”. However I wasn’t sure that I had a reference for this, so I decided to dig a bit. Turns out that it wasn’t a myth, at least comparing to medium-term trends. 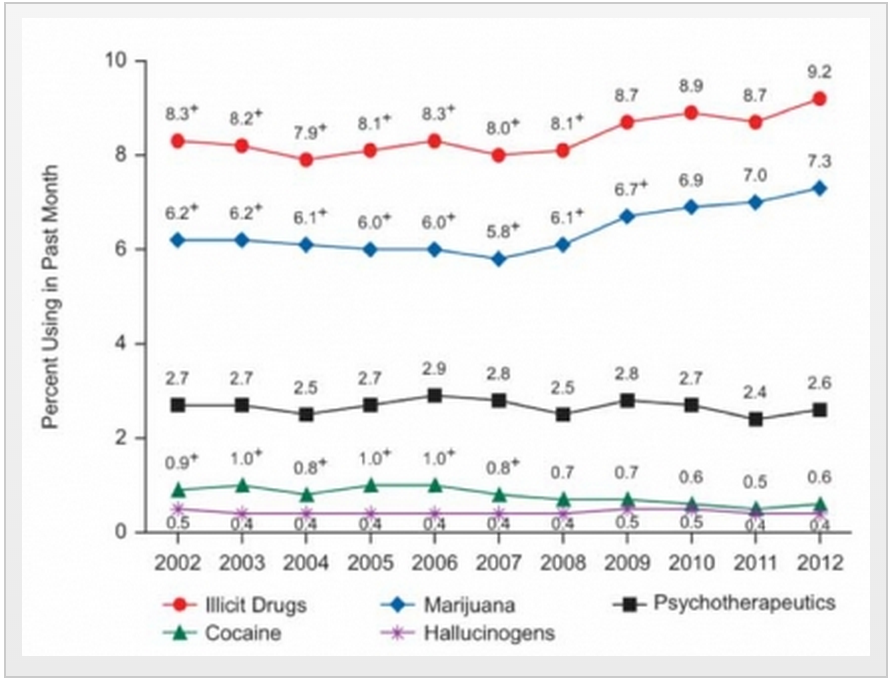 Really they are looking only to 2002, and the only increasing sector is pot, which is on its way to legality in most places and is understood by society (if not the law) to be around or less harmful than alcohol. If you zoom out a bit: 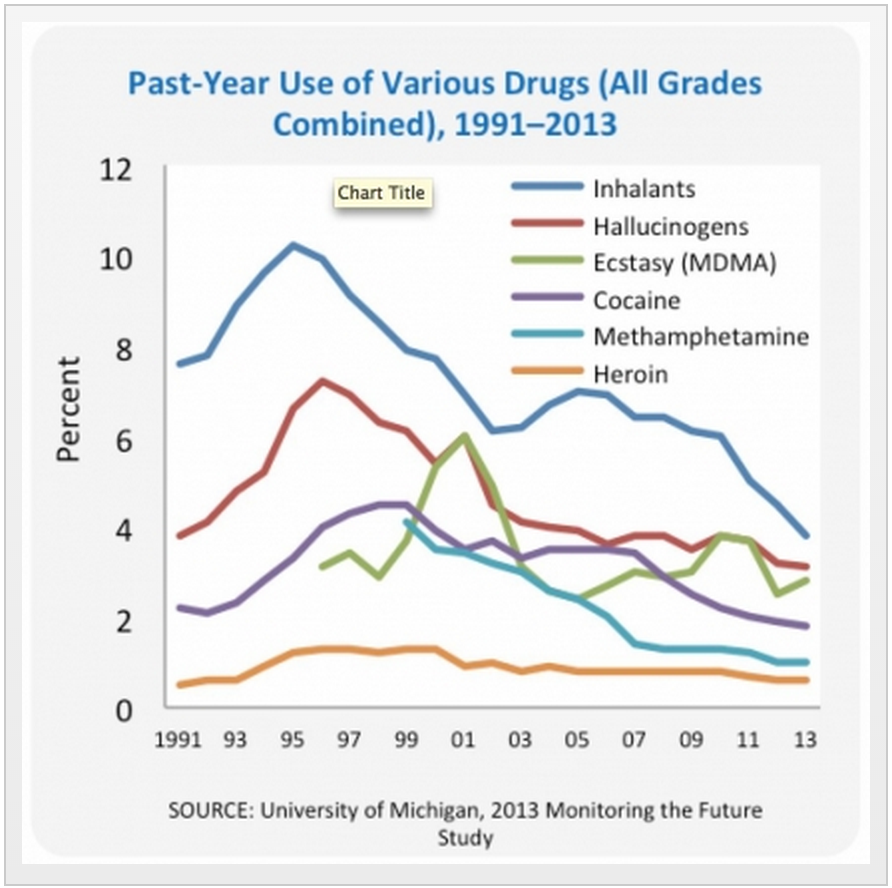 This is actually from that same drugabuse.gov web site, just a different post. Looking at alcohol and cigarette use, overall drug use has really been falling since the 70s.

Stuff like this is what gets me frustrated when people say things like “millennials are ungrateful and entitled”. Well, better than any generation since the 50s we respected what our elders had to say to us and followed their advice, believing the promise of a quality life after we were finished with school. I see rates of falling drug use as one datapoint of the assertions that we followed society’s advice.

It was actually surprisingly hard to track down legit answers to “how many teens have used X drug over time”, so I can’t compare well over a longer window, even just to the dawn of the war on drugs. I’d be curious to know why that is- you’d think the pro-war-on-drugs crowd would love to have a diminishing rate of use over time.

TL;DR: Teenagers since the are generally using fewer legal and illegal drugs (including tobacco and alcohol, at least since the 90s), with the exception of pot which has increased lately

One thought on “Adolescent drug use over time”