Dear fellow privileged, progressive citizens of the US: I know you don’t like Donald Trump. 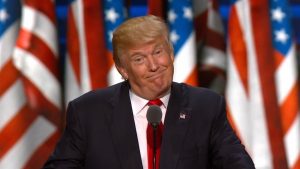 My Twitter and Facebook feeds are positively on fire with your distaste. I understand it – I can’t stand the guy either, and believe him becoming president might be the worst disaster to befall America since 9/11. Some of you even draw comparisons with Hitler and think Trump would be as bad for America and its less-privileged as Hitler was for Germany. That seems like a stretch to me, but sure, believe what you will.

And so there are the jokes: 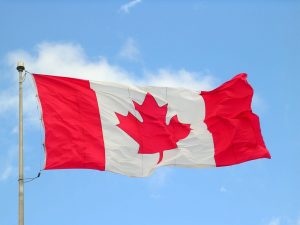 The premise of the joke is simple: Trump would be so bad for America that you’d rather move to Canada than live in the dystopian nightmare that (you believe) America would become under Trump. Progressives have said the same thing when George W. Bush was running for office, and even when Reagan was running for president nearly 40 years ago.

You need to stop. You need to stop making the joke publicly, at the very least. Let’s be honest: you’re not going to move to Canada, and it’s making us progressives look bad.

The problem with this joke is that, to the right-wing (and to those in the middle), it confirms the suspicions that they’ve had all along. Suspicions that the left doesn’t really love America. That the progressive dislike of our military power is less a principled stand against empire or oppression and instead is a dislike of the people who make up the military. That the progressive championing of marginalized voices is less a support of those speaking and instead more of a means to drown out the voices of those who disagree with us. That the progressive belief in the good of government is instead just a means to meddle in others’ business. And on and on…

The event of a Trump presidency would be the hour of progressive despair. In this moment, if you really care and believe in the causes progressives claim to support, it would become even more crucial that you show up, stand up, and fight for those progressive causes. If you moved to Canada, with your privilege, access and resources, you’d lose the power to impact American politics. You would become a bystander to the dystopia that you’re predicting. You would abandon those marginalized voices you claim to support. In short, you would confirm all the suspicions the Right has of progressives.

Now, it could be that you are Progressive but have Mexican heritage, are Muslim, or are likely putting your life on the line in this dystopia that Progressives predict. In that case I don’t presume to tell you how to take care of yourself. If you feel like you need to leave to do that, I offer no judgement, and wish you the best.

But as a plea to my fellow privileged, progressive compatriots: please stop mentioning, joking, planning, or insinuating that you’re moving to Canada if we lose the election. Not only would moving be the morally wrong thing to do, but just discussing it weakens our cause regardless of the outcome. Let’s toughen up, win this election, and keep pushing.