TL;DR: Like every other article who’s title is a question, the answer is no – we have a skewed view of cars and transit. When you look at the issue, increasing road capacity doesn’t help, and transit is proven to make a city more affordable.

Recently I was discussing my Limits of Acceptable Terribleness post with a coworker and we disagreed about my assertions about highways. My argument there is that building more highways with the goal of decreasing travel or commute time is fruitless – perhaps some would have shorter commutes, especially right after the new capacity was added. Ultimately, however, the average commute time will creep back up. Instead, if you want to decrease overall commute times, it would be better to invest in transit.

Recently, a few articles came out bolstering that viewpoint, so I no longer have to do the heavy lifting myself. This Vox article in particular directly addresses the uselessness of building highway capacity, and points out concrete examples where adding a lane caused more congestion! 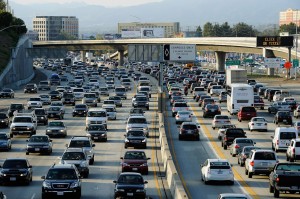 In addition, it seems as though an added bonus of working public transit is that it can make a city more affordable. It seems as though, when it comes to massive city projects, hosting the Olympics and building stadiums comes out with fewer benefits to the residents of a city than advertised, while public transit still doesn’t do a good job of demonstrating its considerable value. This makes me think that, if we just accounted properly for this value, the high speed rail project between LA and SF might be an easier sell… 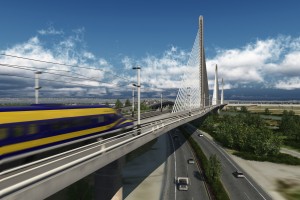 So those articles show that well-functioning and subsidized public transit makes it easier for low-income residents of the city to afford that city, but we still have an important argument to discuss. I often hear that the policies which come at the expense of cars makes life harder for low-income people who are being pushed to the suburbs and the exurbs.

First, I’d like to point out that, if those with the highest incomes and social capital desire to live in the city, then there is no intrinsic reason that the suburbs are ‘better’ for low-income residents. Often there’s some sort of echo of a paternalist 1930s social program that suggests it would be beneficial to have poorer residents live in the suburbs because there is grass or something. Thus, for our conversation I am assuming that the suburbs and the city are equivalent from a personal desire viewpoint. However, I do acknowledge that the simplification might affect our discussion – obviously some people prefer living in the suburbs and some prefer the city, and it is possible that the preferences are different for different wealth strata.

But back to the argument I’m worried about: Since less-wealthy people are being pushed to the suburbs, access to the city via car is now a social justice issue. This worries me – it could easily be a wedge to split progressives. One assumption in the argument pops right out at you: access to the city from the suburbs does not necessarily need to be via car. If the funds spent on highways were diverted into spending on public transit infrastructure and subsidies to ride that infrastructure (and to parking by those transit stations, for instance, a problem that the Bay Area is currently facing), the same end goal is met: fast, affordable access to the city by those in the suburbs.

I’d also argue that there is somewhat of a sovereignty issue as well: who are people in the suburbs to dictate to the city what infrastructure to build? To put it in a less emotional frame: why is it that the interests of the suburban visitors to the city should predominate at the expense of the residents of the city? I think historically the answer to that question has been decided in favor of the suburban residents partially due to race and class power dynamics. I currently see the pendulum swinging back the other way (including this blog post) as a symptom of those with the cultural capital starting to live in cities and exercising influence on behalf of city residents. So we shouldn’t pat ourselves on the back too hard for questioning the orthodoxy here: we’ve got a pretty solid incentive to justify screwing over the suburbs.

Obviously, cities do not want to drive away commuters from the suburbs – while residents might have a different zip code, they still root for the Giants and help drive the economic engine of the city. Of course, some people who contribute to the city also do not want to live in an urban environment, and it’s good to have a mix of available housing. However, for the good of all residents, the city should be prizing density and walkability. There are many studies which show that these increase the economic vitality of the city, improving economic conditions for all. There is much more in the city lab article above on that.

Additionally, if we are looking at the whole picture and questioning our ideas of what is normal, catering to cars has more drawbacks than you’d think. For one thing, as the stencil on the panhandle states, cars are death monsters:

~30,000 people die every year from cars, compared to the number of deaths from transit (~1000, likely many of these are suicides). In an urban environment often the risk is to pedestrians and bicyclists; so now we have people from the suburbs specifically causing bodily harm to city residents as a result of the transit choices of those from the suburbs. A less visceral (but also important) negative externality is the pollution from cars – how many cases of asthma are car commuters responsible for? Luckily, our gasoline is no longer leaded, but any internal combustion engines on the streets today still cause negative health effects.

But after all of that, the main thing that I care about is: we can have all we want using public transit from the suburbs, why do we have to argue about this? It’s like the old comic about global warming: 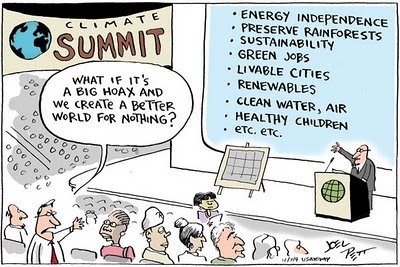 What if I’m wrong and we create a stronger city with more transit options, which is more walkable and healthy, for no reason?

In comparison to climate change, this is an even easier solution – if we change our minds, we can always rip out the BART line and turn it into another lane of I-580 if we want, far faster than we can change fuel sources. In the meantime we can do what reason and human experience tell us and decrease our reliance on personal cars.